Succeeding in the multifamily market today 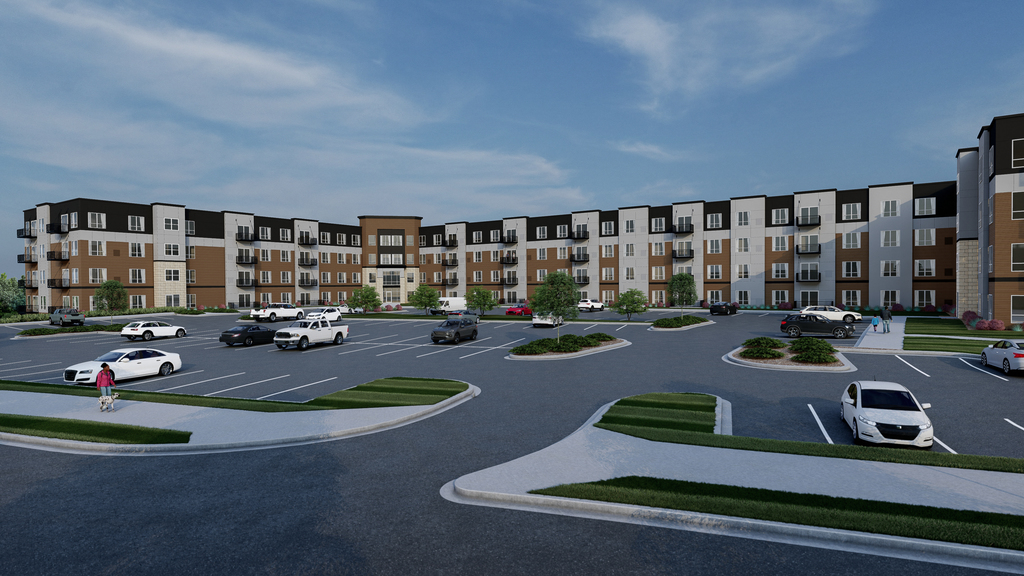 Succeeding in the multifamily market today: It’s all about unearthing that right site in the right submarket

Demand remains so strong for new multifamily units that developing in this space is easy, right?

Not quite. There are still challenges in the multifamily sector, despite the still-rising demand for new apartment units. Rising interest rates. Oversaturated markets. The struggle to get materials to job sites on time. These all make developing and managing a new multifamily development more challenging today.

Of course, that doesn’t mean that this sector doesn’t remain a highly attractive one. Renters are still hunting for new apartment buildings with high-end amenities. And those developers who bring them to these renters will be rewarded.

The key today, though, is to understand that the multifamily sector has evolved. It’s still a strong one but succeeding in it does require plenty of research.

Drew Johnson, senior vice president of development with Excelsior, Minnesota-based Oppidan, said that the key to developing a successful multifamily development, one that attracts a steady stream of renters, is to find the right site in the right submarket. Being disciplined when it comes to controlling costs helps, too.

This differs a bit from the last several years. As Johnson says, back then, you could build an apartment building almost anywhere in the Minneapolis-St. Paul area and see strong demand. Today, it’s important for developers to be choosier: The right project will still draw strong demand from tenants. But that “right” part must be in place.

“A few years ago, you could make more of a blanket statement that everywhere in the Twin Cities area was red hot for multifamily,” Johnson said. “Now, it’s more important to have the right project, at the right time in the right spot.”

An example of this correct formula? Johnson points to the multifamily project in Waconia, Minnesota, that Oppidan began construction on in late June.

The 215,000-square-foot apartment building will be built on 11.5 acres of land at the southwest corner of Industrial Boulevard and W. 13th Street. The development will offer 163 market-rate apartments in a four-story building.

This part of the region needs new apartment units. And the demand for market-rate units is especially high. These factors make this project a stronger bet for success.

“If you were just getting into one of our strongest markets now, markets that featured a lot of new multifamily product, you might be taking on a risk, especially with the higher construction costs of today,” Johnson said. “You have to be careful if you are thinking about delivering new units in a submarket that might already be full and overly competitive.”

There are other challenges in the multifamily market today, too. The biggest is the struggle so many developers are having with getting materials to their job sites on time.

Johnson, though, said that he has seen some positive signs: Oppidan has seen materials that they thought would come in late – roofing and insulation, for example – arrive at job sites earlier than expected.

“It is still an issue,” Johnson said. “But we have learned that not everything is so bleak.”

And what about rising interest rates? Will they slow the demand for new multifamily units?

Johnson said that so far, it is too early to tell.

Projects that are breaking ground today, probably aren’t impacted by higher rates. The developers behind these projects have already locked up strong interest rates back from when these rates were lower. Rising rates, though, might impact developers that are just beginning a multifamily project now and are in the process of getting a construction loan.

“In that situation, you will be hit with higher interest rates,” Johnson said. “But even with the increase, interest rates are still at historic lows. I think the impact on the multifamily market remains to be seen.”

The multifamily sector has been evolving in another way, too: Renters today, especially in certain submarkets, want a higher class of building amenities.

With so many renters still working from home, Johnson said, developers are adding additional nooks to unit interiors. This gives renters the chance to set up a home office. Other renters want smart locks and thermostats that they control from apps on their phones.

Then there are the common-area amenities. Renters want on-site fitness centers and swimming pools. Many want bike-storage rooms, lockers that can keep their Amazon deliveries safe and dog-walking areas.

“I don’t think what people want has drastically changed,” Johnson said. “From Oppidan’s point of view, though, we want to be better than the surrounding competitive space. It’s been more of an evolution than a revolution. It’s about high-quality, thoughtful design, about being conscious of what we are designing both inside and outside the rooms.”